Youtube is Google’s famous video website. It has surpassed all its boundaries and become most favorite video website in the world. You can’t image popularity of Youtube. Daily more than 5 billion videos are watched by people on Youtube. Millions of videos are uploaded daily. Youtube is reservoir of entertainment, information, technology, social manners, learning, Education, sports, dance and many more.. You can find almost every information on Youtube. After Google, Youtube ranks 2nd in search engine race. Every hour equal to 300 hours time, videos are uploaded by users. After its inception in 2005, Youtube has flabbergasted others with its fame. Today, we will share information about most subscribed channels on Youtube.

As a smarphone user, you may use Youtube to watch videos daily. You know without subscribers, channel can’t get fame. Subscribers shows popularity of a channel along with views. In simple words, subscribers means regular audience to see your every video. If you have 3000 subscribers, it means you have already 3000 audience to show your videos when you upload. They receive notification when you upload any video on your channel. I have also a channel on Youtube.  So we are starting the most famous channels with most subscribers. The numbering data is taken from Socialblade . It may vary time to time. But we can write here present (time of writing) data . 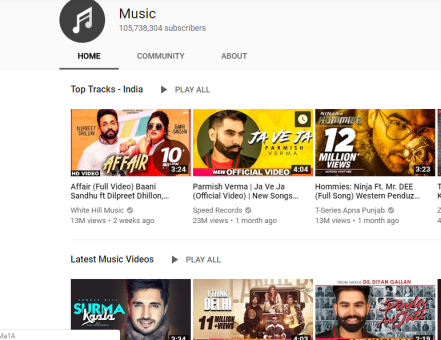 Music is very popular Youtube Channel with more than 10 Crore subscribers. It is music destination of popular of different genres.

PieDiePie is another very famous Channel on Youtube with various entertaining videos. There are more than 20 billion views on the channel. 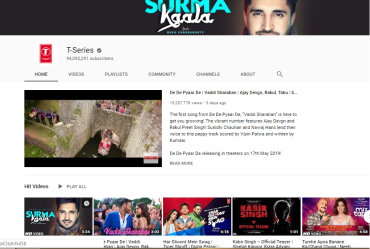 T-Series is a popular music company in India. T-series is India’s biggest movie label and music studio. Company has been working as music pioneer for last 30 years. The prime concept of company is “Music can change the World.” T-Series channel has more than 67 billion views on channel.

Gaming is a channel dedicated to games. The channel also arrange live video for games.

Youtube Movies  Channel is dedicated to movies. Anyone can buy movies from here to watch.

Sports channel is dedicated to all types of sports. You can watch cricket, Basketball, Wrestling, Kabbadi and other sports videos. Channel presents latest videos in top stories. The channel was generated for sports fans by Youtube’s discovery system.

5-minutes crafts channel is very useful channel for all people. The videos of the channel solves our day to day problems. We come to know little tricks to solve daily issues easily. You can go through some funny hacks and tricks too. More than 13 Billion views on channel depict its popularity among viewers. 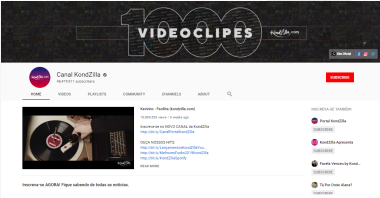 Canal KondZilla is a popular Youtube channel from Brazil. Channel boasts about 1 billion views per month. Channel have music videos. There are 24 billion views to date. Channel was stared in 2012. 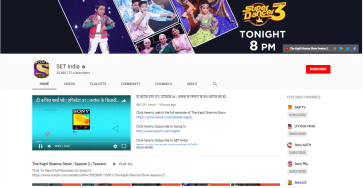 SET (Sony Entertainment Television) India is a Hindi Entertainment Channel that provides full family entertainment. It is a dynamic channel and meet the needs of its audiences. There are variety of genres in videos like comedy, drama, thriller, game shows, events and much more. Channel was started in 2006. More than 31 billion views till the date. 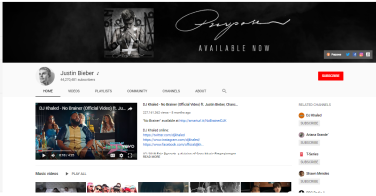 Justin Bieber is world famous singer. Justin is Canadian native. Justin started his career of singing by posting homemade videos on Youtube. Gradually, these were liked by a big number of audiences. Multi-talented Bieber started his inning as a singer. Justin Bieber songs became heartbeat of people. His masterpieces are Sorry, Baby, What do you mean and Love yourself. These songs are heartthrob and liked by billions of people.

Cocomelon-Nursery Rhymes channel is dedicated to learning for kids. The channel is committed to make learning fun and enjoyable with 3d animation learning videos. Kids are keenly interested in the videos. Kids’ activities along the music and 3D animation videos are awesome. They laugh, dance and play while learning. It is such amazing Youtube channel. There are over 25 billion views to date.

WWE (World Wrestling Entertainment ) is a popular Youtube channel dedicated to World wrestling videos. You can watch video of your favorite wrestling stars. The channel presents live shows and other wrestling events like RAW, Smackdown. There are millions fans of WWE in the world. WWE channel has more than 31 billion views to date. 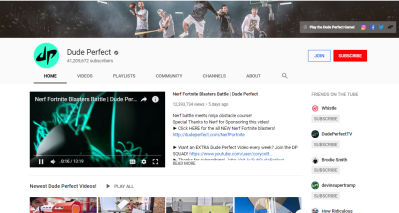 Dude Perfect is elegant amalgam of sports and comedy. The channel videos are complete package of entertainment. You will feel relax after enjoy the comedy with sports. There are 5 best friends who entertain the people. Channel is enjoying over 7 billion views to date. Channel was started in 2009.

HolaSoyGerman was started 2011. A man is hero of the each video and he tries to laugh you with his activities. You will get entertainment on this channel with his funny activities. He shows many reactions while working on things. There are more than 3 billion views on the channel to date. 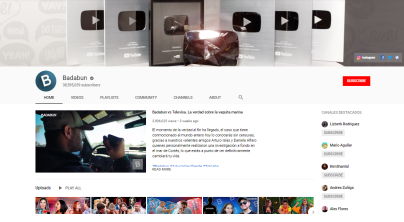 Badabun is a popular Youtube channel maintained by Badabun network. It is quickest growing channel. It is entertainment channel. channel has over 11 billion views. It was started in 2014.

Ed Sheeran is a famous channel for guitar lesson. There are 16 Billion views on channel. Channel was started in 2006.

It is a famous music channel. It was started in 2007 and having 13 billion views to date.

Whinderssonnnues is a comedy channel. Whindersson Nunes Batista is a popular comedian, singer. Channel is enjoying more than 2 billion views to date.

Ariana Grande is a music channel. It is very popular. Channel has 12 billion views. It was started in 2007.

Zee Music Company is a part of India ‘s leading television network. It is among the largest producers of Hindi programming. This Youtube channel is dedicated to music. You can enjoy songs here. There are over 16 Billion views on the channel to date.